The Culture of Encounter: National and Local Dynamics

Long before the so-called anti-gay law was passed in Nigeria, I’d read about it in the diocesan Synod report of the Anglican Diocese of Kano. I cannot remember the year, but I’d read those reports obsessively in those days, with the same dedication with which I listened to Ravi Zacharias or read Watchtower and Awake!—aflame with questions. It was my season of awareness, the questioning sixteens and seventeens, and tucked away in the pages of resolutions was a report that the Church of Nigeria had recommended a bill to the House of Assembly that would answer the question of human sexuality, or something like that. I was used to that phrase, human sexuality. I had sat through numerous sermons condemning Western Anglicans for losing their way on the very question and preaching how schism might be the righteous way forward. I had also joined, early in my teens, as I struggled to understand my sexual self, in prayers against the “Western gay agenda,” in prayers against me. By the time I sat with my parish priest and said, “I am gay,” the homophobic law was four years old, and I was a 23-year-old reeling, with sadness and rage, at the immense guilt and shame the church had needlessly dragged me through and at the terror the law had allowed to be unleashed on my community (In its wake, reports of ensnarement, assault, extortion, lynching, and conjugal homicides left us chill every other season). I said to the vicar, “I have listened to you all my life. Gay boys like me, we have heard your sermons all our lives. Perhaps it is your turn to listen to us.”

In his forthcoming article on “Religious Nationalism, a Global Ethic, and the Culture of Encounter” (set to be published in Theological Studies in September 2022), Rev. David Hollenbach, S.J., argues that “a key impediment to a global ethic today is religiously inspired nationalism,” and we know too well that all forms of tribalism travel nicely together. Nigeria is in a state of emergency, as far as I am concerned, with escalating insecurity. But long before the vast majority began to truly fear traveling by road, queer people, especially the poorest among us, had been afraid of going to see the boy next door. The impunity with which violent men operated against our community could have served as an early sign of something amiss, but far too many Nigerians were interested in masking their glee under pretenses of moral concern—moral concern for the soul of the brutalized and fetid condemnation—while lacking any real anger for the violent person.

And now, the terrible rain falls on us all, and we still do not learn.

I bring this up because my mind has been all over the place in thinking about what I want to say. I have been thinking of the spate of regressive rollbacks to progressive laws in the U.S. Supreme Court. About all the public shootings, seemingly rising since the pandemic as a PBS report shows, and the utter lack of a reasonable response. Thinking of all the senseless bloodshed, from Tigray to Ukraine, and the years of progress truncated as a result of these useless assaults, of all the new problems these wars would leave in their wake, how lives have been altered for generations to come, and for no good reason. As if there ever is reason good enough for the devastation of lives. I am thinking of how, days before Uvalde, someone bombed a primary school in Sabon Gari, Kano, and how, until triggered by the shooting at Uvalde, I’d avoided details of the news, afraid that a closer look might reveal a name I knew. Perhaps it was simply that I could not bear the onslaught, so close to home and so unrelenting, from my father’s Anambra to my mother’s Imo to my very own Kano—pockets of terror everywhere.

There are people, and I do not count myself out, who believe that, unwatched, the situation in the United States would escalate into something quite chaotic, something far from the reaches of the imagination of most Americans living today. That the assault on institutions and liberties is a strategy in the right’s long game of disruption, that the goal might be the collapse of democracy, inspired by a dream for an old world order, of unchecked White supremacy and Christian domination. I believe this to be true, extreme as it may sometimes feel, because I have seen how terror escalates when unchecked, tolerated, or celebrated for whatever tribalistic reasons. I have also seen hateful people—and no amount of ideological gymnastics or Iowa niceness can alter the fact that conservatism is very often a euphemism for wicked, for why else would anyone want to turn away the homeless and dispossessed, starve the hungry, strip others of the freedom to live their truest lives?—and they operate from a deeply illogical place, ready to consume even themselves in their pursuit of cruelty or domination.

I know, also, that they are good at the long game. My mother sometimes ponders, in talking about abusive people, if they stay up all night, thinking up new ways to cause pain. I imagine the tables around which all our fates are schemed, dramatic dim lights, heads huddled together. When the U.S. Supreme Court struck down a series of progressive laws in such a short time, it felt like a sudden blow, and yet the groundwork had been laid for the longest time, even before our very eyes. It is like all work: the struggle is long and arduous and sometimes pleasurable, but with consistency, the result might feel like a miracle, or, in this case, a plague. Look, for instance, how mad the evangelicals went with their homophobic advocacy across Africa at the heels of the advancement of the queer liberation in the United States. Rights gained at home, export terror elsewhere: The American Way.

Be mindful of the times, the preacher says, in response to uncertainty, and so what do these times tell us? It tells me that democracy is at stake the world over, as my colleagues here have confirmed in conversations leading to this day. We might in fact be living in momentous times or in the preludes, from the Arab Spring to ISIS, from #BlackLivesMatter to the Proud Boys, from EndSars to this, next year’s election in Nigeria, our moment of decision. Everything not so much converging as tussling, in constant struggle everywhere. When Russian President Vladimir Putin scoffs at the United States, saying, “This is the beginning of the transition from liberal-globalist American egocentrism to a truly multipolar world,” it isn’t merely a bully’s brag; it is a reading of the times and his role in it, as well as a twisted invitation, it would seem: liberalism isn’t, after all, America’s alone.

One thing is clear across the board: there is a will among the vast majority of the world’s people for something better, a hunger in the young—exemplified by the wildfire of political awareness and involvement nearly everywhere, in turn fueled by the freedom of knowledge that the internet allows, and which despots and aspirational despots have made attempts to curb—for easier lives and shimmering futures filled with possibility. What that life means varies from group to group, though the desired result, brighter futures—which, simply, is the definition of progressive—cannot be achieved by retaining the same old ways of thinking, for there is no progress in that, only division, which is the devil’s way. I cannot stand by you if you support homophobic ideals, for instance. I am no fool. I, too, want a bright future full of the love that satisfies me. 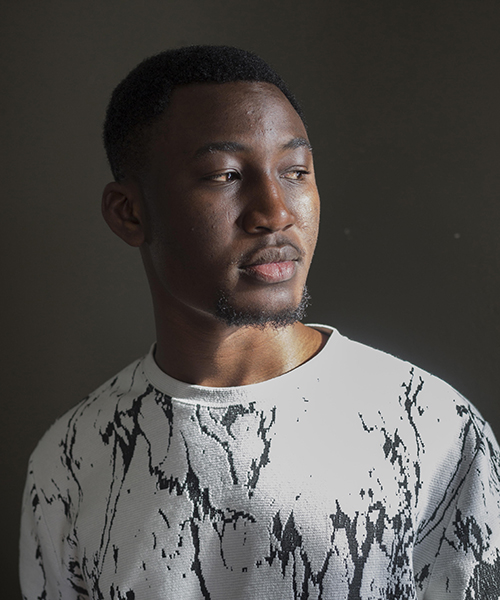 Arinze Ifeakandu is an author and scholar born in Kano, Nigeria. An AKO Caine Prize for African Writing finalist and A Public Space Writing Fellow, he is a graduate of the Iowa Writers’ Workshop and is pursuing his Ph.D. at Florida State University. His work has appeared in A Public Space, One Story, and Guernica. God’s Children Are Little Broken Things, his debut, is forthcoming in June 2022 from A Public Space Books.

Culture of Encounter: As Found in a U.S. Suburb (of All Places)
Paul Elie

Culture of Encounter and Community: A Call to Effective Action
Sylvia Cáceres Pizarro