Georgetown University and the Jesuit journal La Civiltà Cattolica convened a major conference at the Villa Malta in Rome on May 27-28 called “The Culture of Encounter: An Imperative for a Divided World.”

Archbishop Gallagher underscored the importance of dialogue and encounter in his address.

Now more than ever, we need to opt for the culture of encounter that Pope Francis indicates as the most adequate approach to viewing the future of the international community and humanity as a whole.

Georgetown President John J. DeGioia, who met with Pope Francis in the days before the conference, emphasized its timeliness given the war and division in the world today.

“We have many recent successes in dialogue, especially interreligious dialogue, but the consequences of our failure to encounter one another are global—and as we’ve seen in these last few years, quite catastrophic,” DeGioia told L’Osservatore Romano, the Vatican’s newspaper of record. “Encounter is about recognizing the responsibilities we have to one other and seeing things from the other’s perspective.”

Creating a Culture of Encounter

The conference is part of a wider project on the Culture of Encounter and the Global Agenda, a partnership between Georgetown’s Berkley Center for Religion, Peace, and World Affairs, the GHR Foundation, and the Vatican dicasteries for Integral Human Development, Interreligious Dialogue, and Culture and Education.

Since it was announced in Rome in November 2021, the project has convened 30 scholars and practitioners across six continents to explore the idea and practice of the culture of encounter as it relates pressing global challenges, including global governance, interreligious collaboration, and digital connectivity.

In introducing the gathering, Fr. Spadaro, a member of Georgetown’s board of directors, recalled a public letter from Pope Francis welcoming the collaboration between the journal and Georgetown around the encounter theme.

In his address, Fr. Sosa emphasized both the opportunities and challenges of encounter. “Intercultural encounter seeks to build bridges and promote fluid exchange among all cultures in a complex process,” he noted, adding that “encounter always runs the risk of provoking conflicts.”

Conference attendee Sr. Evelyn Monteiro, a participant from India, emphasized the benefits of connecting with fellow participants in Rome to reflect the conference’s mission.

Our time together in Rome was a remarkable opportunity to exchange ideas and perspectives from around the world and to get to know one another—to really embody a culture of encounter in action.

For the videos of the conference panels and to learn more about the Culture of Encounter project, visit the project webpage. 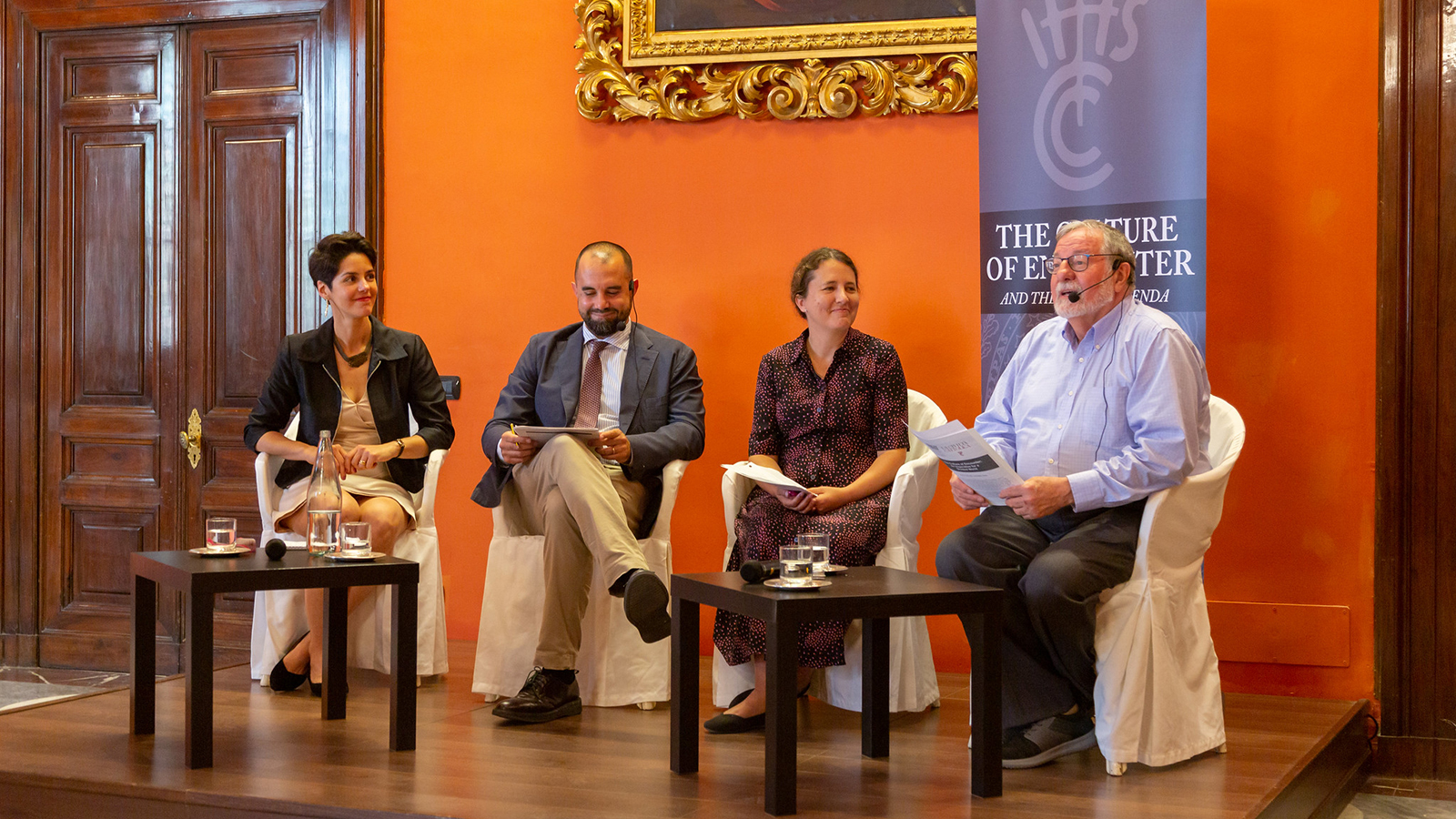 Panelists discuss "The Culture of Encounter and Global Governance" 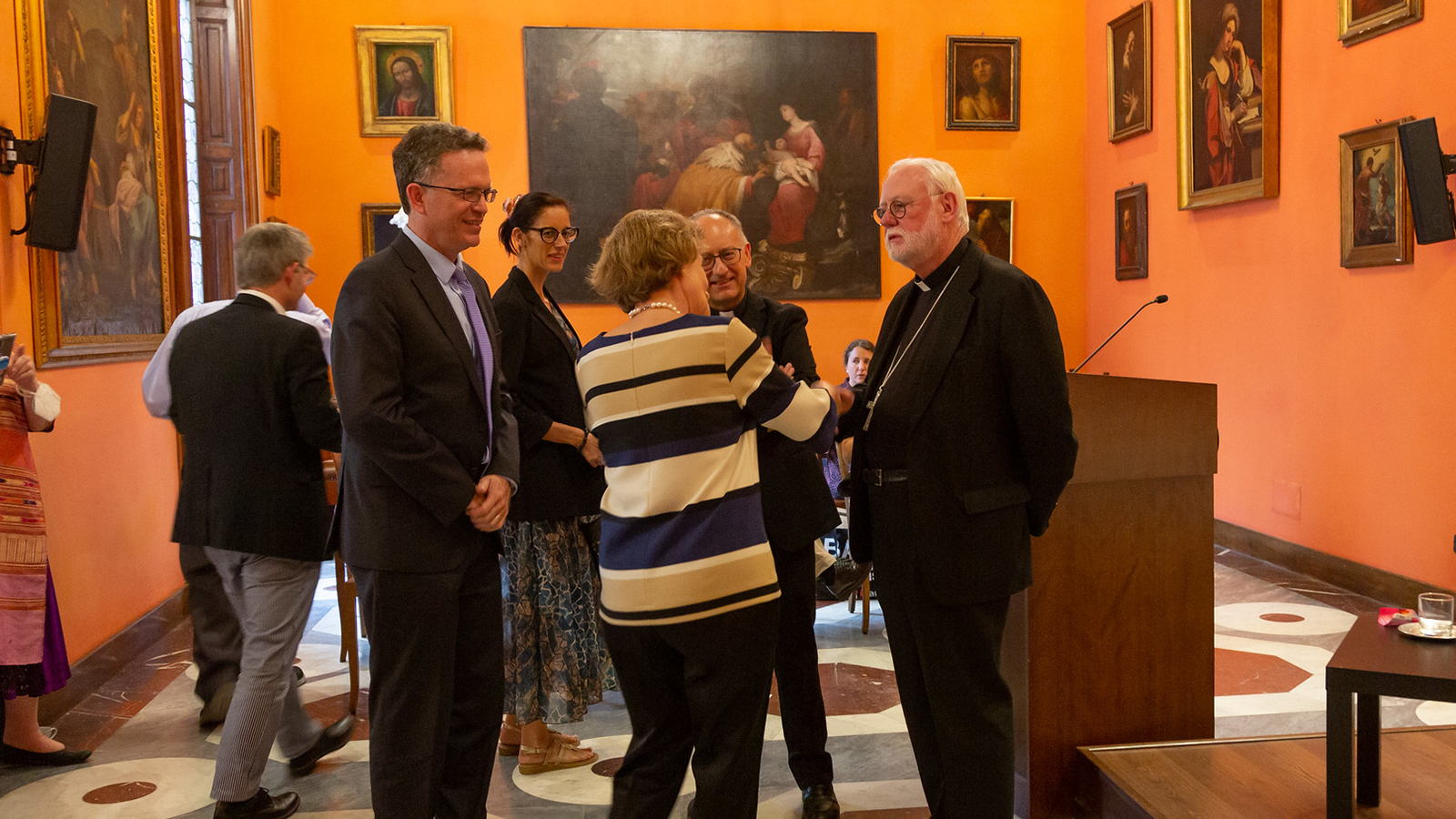 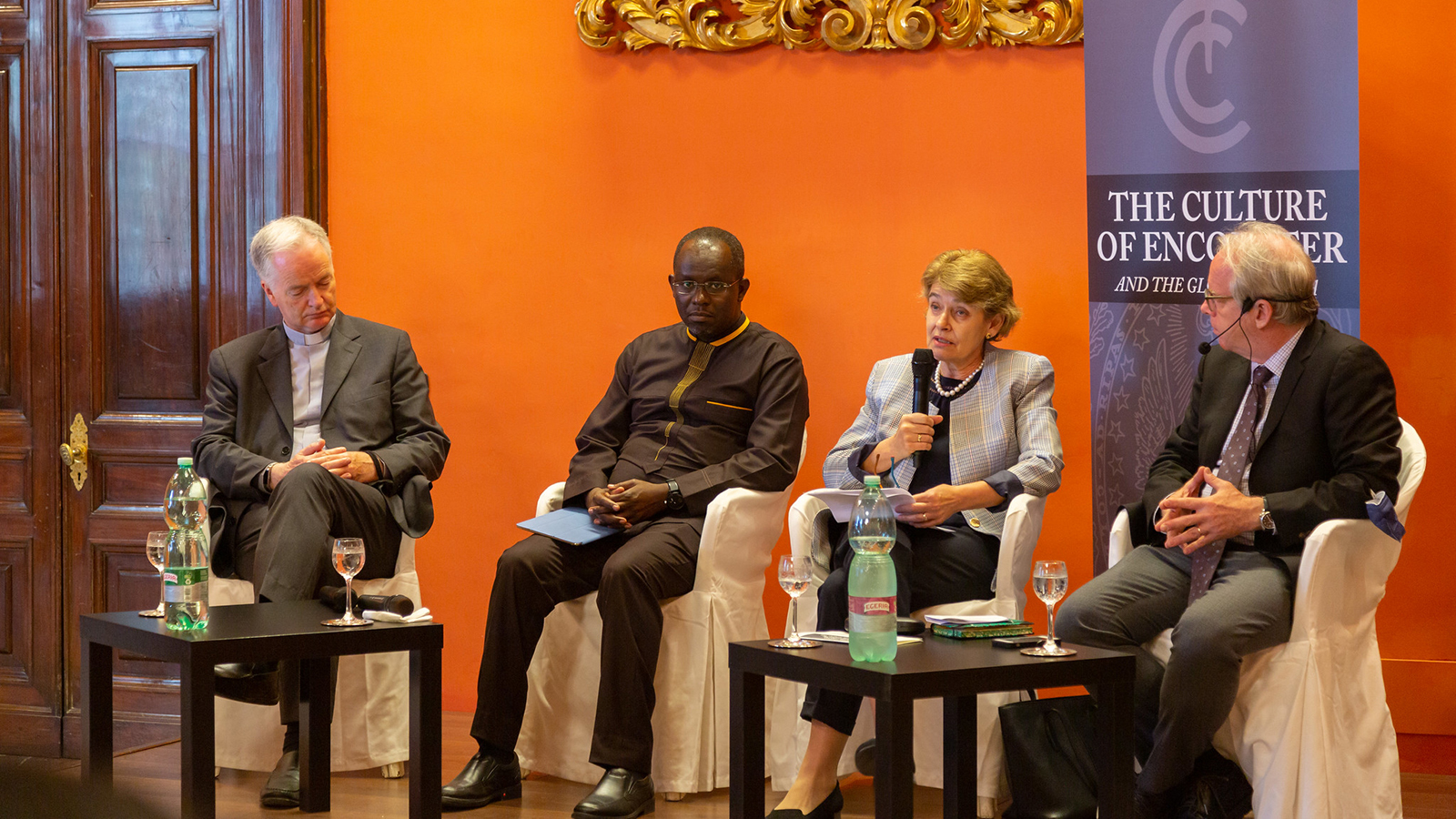 Panel discussion on "Digital Connectivity and the Culture of Encounter" 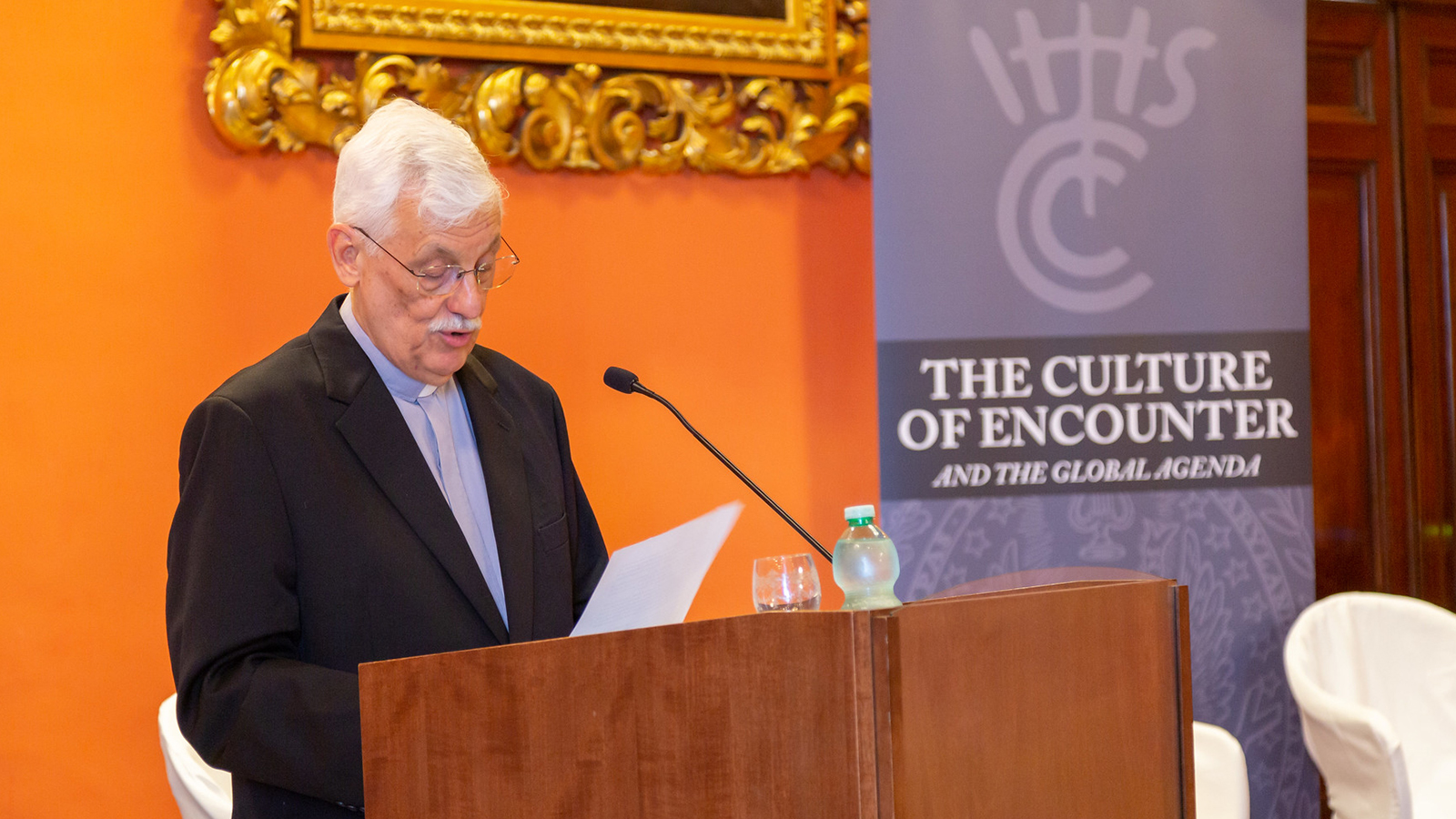 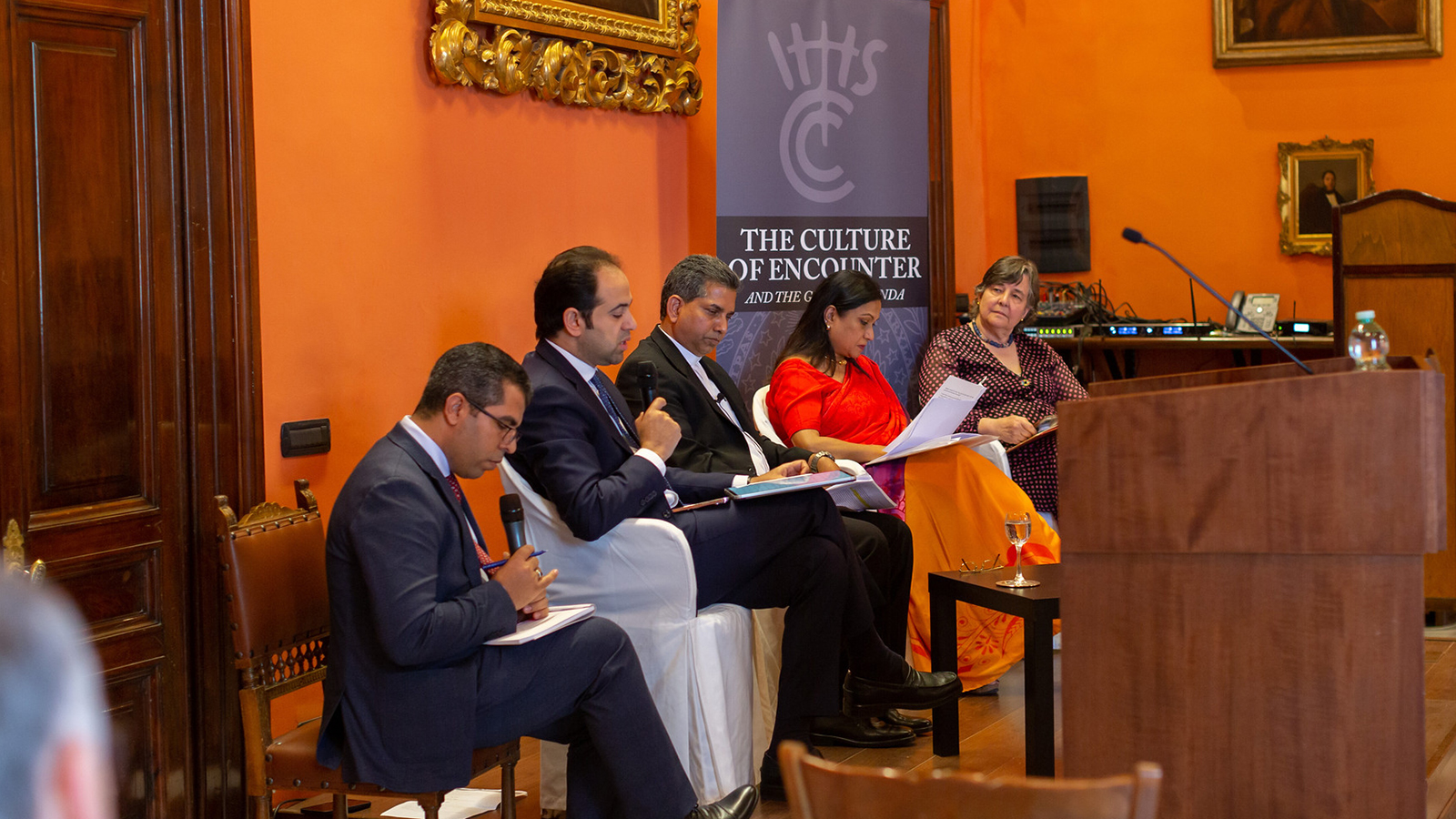 Panelists discuss "The Culture of Encounter and Interfaith Collaboration" 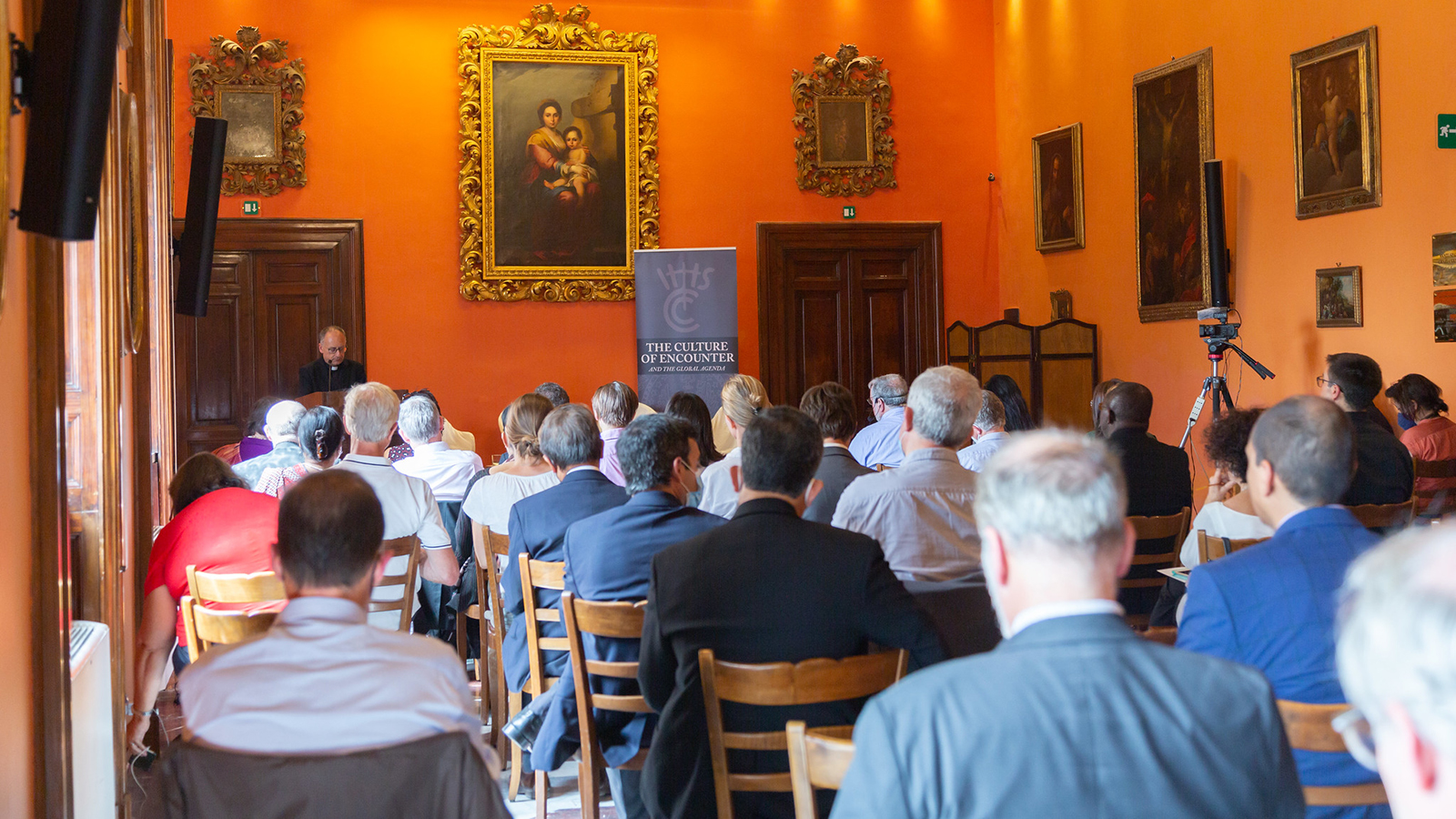